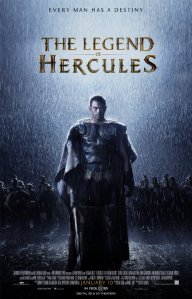 This past weekend I went with a date to see The Legend of Hercules. This film was a good thrill ride and worth the price of admission. I had wanted to see this movie in 3D as some of the scenes would have been even more awesome in 3D but alas the time frame was not convenient for the 3D version.

The Legend of Hercules was a decent film which actually held my interest even through I was on a date with a handsome man. (smiling) I gave this movie a 7 out of 10 rating because The Legend of Hercules could have been better. For instance, this film was based on a mythical Greek demigod but  had a more humanistic approach instead of a mythical one. There was an  expectation to see mythical creatures and more of a background into Zeus which just wasn’t a part of this film.

The actors were decent with Hercules, Kellan Lutz,  being the true hero; Queen Alcmene, Roxanne McKee, as the devoted mom to her son Hercules; and Hebe, Gaia Weiss, who possesses the true love of Hercules. The true love between Hercules and Hebe is believable with Hercules saving her from a prearranged marriage to his older brother Iphicles, Liam Garrigan. King Amphitryon, Scott Adkins, is the typical blood thirsty king who rules with an iron fist but is ultimately defeated by Hercules.

The story line was interesting but as stated in the previous paragraph there was the missing elements of the Greek mythology of the great Hercules. I wanted to see some mythical creatures and more on the god Zeus which just wasn’t present in this film. The only real-time Zeus is introduced is when the queen is being impregnated by an invisible god.

Overall, this is film has the action, romance, the heroic underdog, and great fight scenes. The film is worth seeing even though missing certain Greek mythical elements. The Legend of Hercules is a solid film and worth seeing on the big screen. Just make sure you see it in 3D.